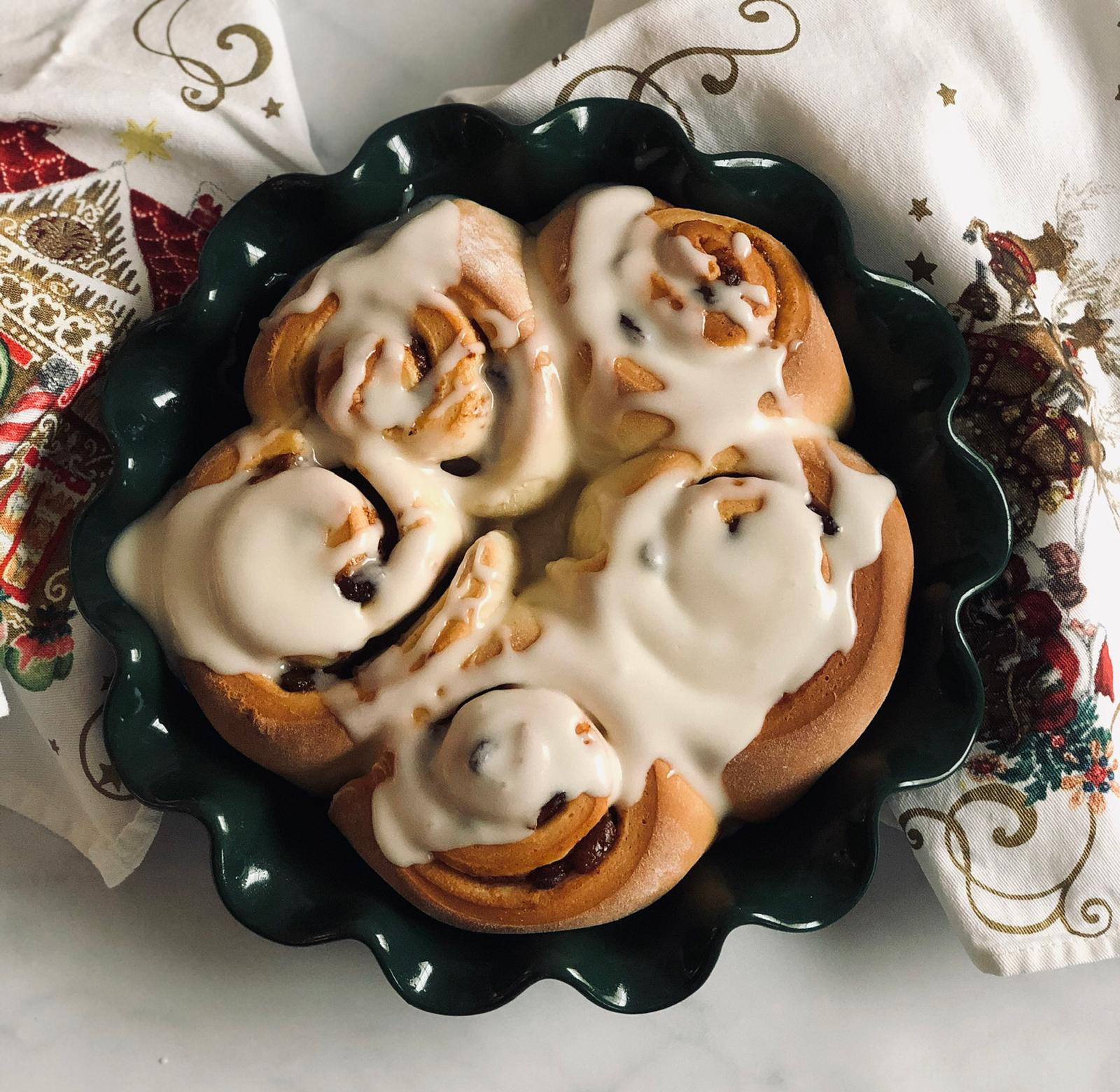 For us Brits, nothing is more synonymous with the Christmas season than a mince pie, and let’s be honest, few breakfast foods are more indulgent than a cinnamon roll. So combining them to make an indulgent festive brunch seemed almost necessary!

We won’t lie; these are slightly more labour intensive than some other festive treats but we promise they are 100% worth it.

Ensuring that delicious Christmas scents are wafting through your home and covered with a thick and luscious layer of frosting, there is nothing about these that disappoints! 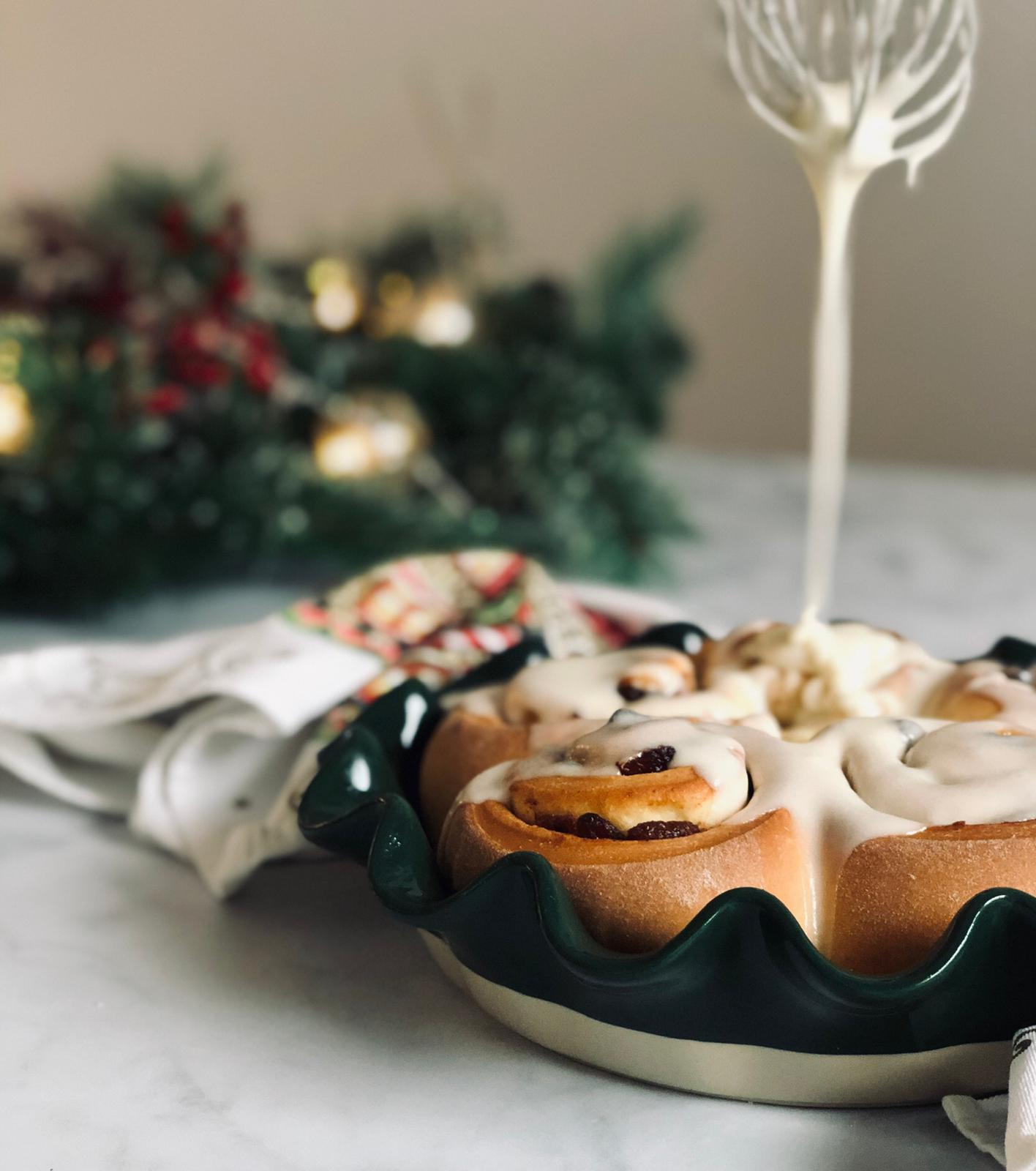 And, if this seems like a little too much work to be tackling first thing in the morning then, we can confirm that they also make a delicious afternoon tea treat so that you can spend a lazy day pottering in the kitchen.

Plus, most of the time here is really spent waiting for the dough to rise, which gives you plenty of time to wrap those last-minute gifts, or to kick back and enjoy a Christmas movie. 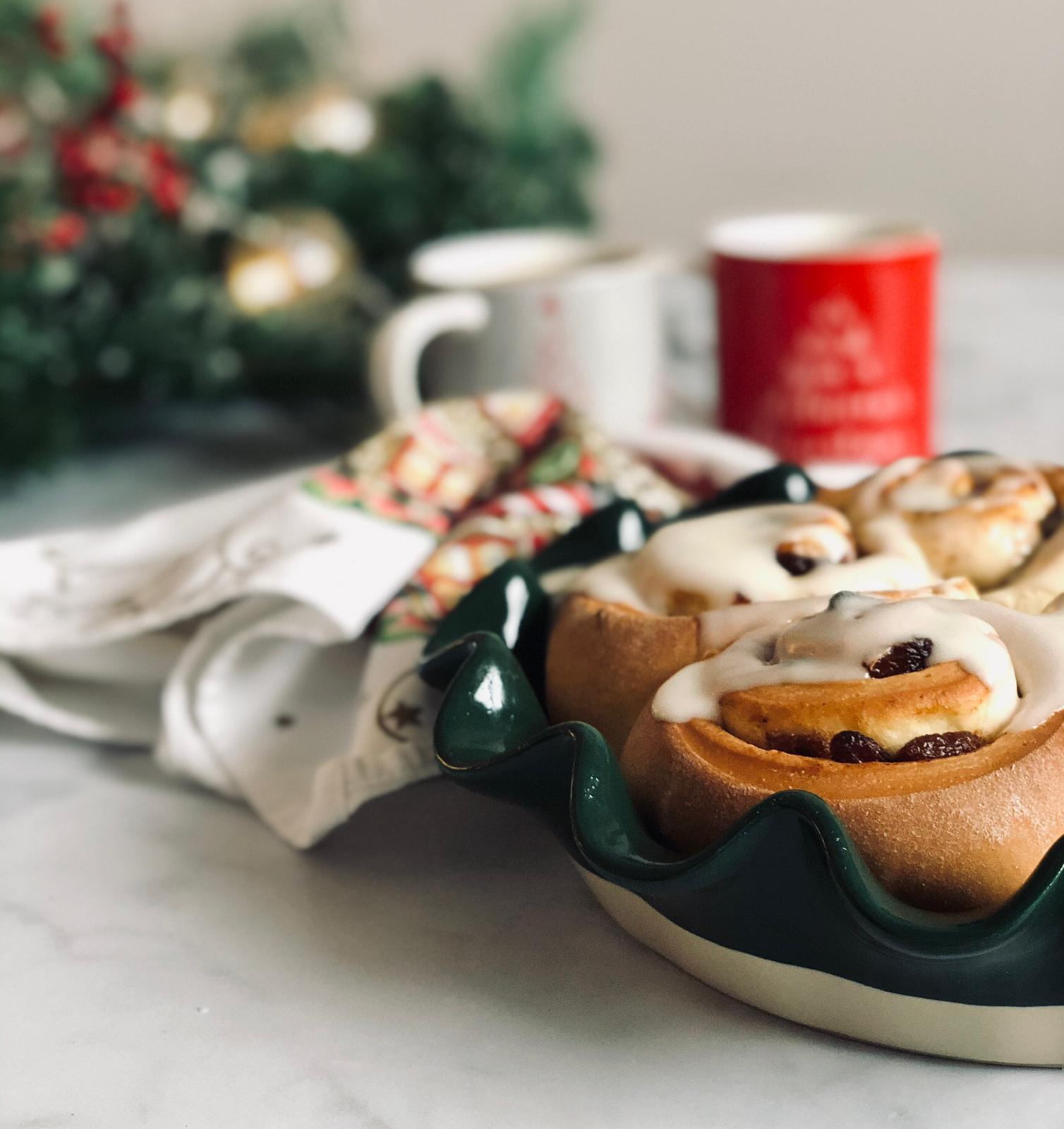 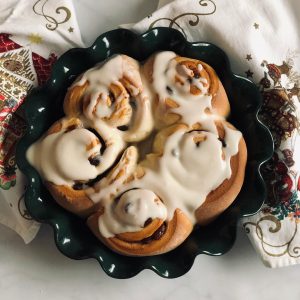 This recipe requires two proves of the dough, for 2-3 hours and 1 hour respectively.
Share Your Creation!Don't forget to follow us on Instagram @jollyfestive. And be sure to share a photo of your creation, tagging #jollyfestive. We love to see what you've been cooking!

Adapted from this recipe. 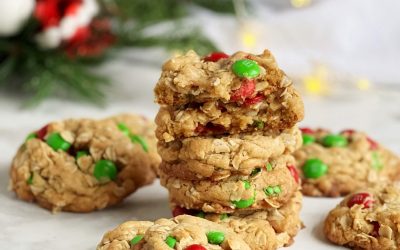 What’s got a festive flare and is better than an oatmeal raisin cookie you ask? Our oatmeal m&m cookies, that’s what! 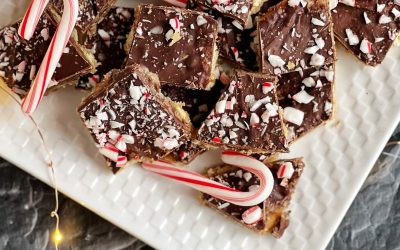 This may not be a traditional peppermint bark recipe but it’s the perfect balance of salty and sweet and takes less than 30 minutes! 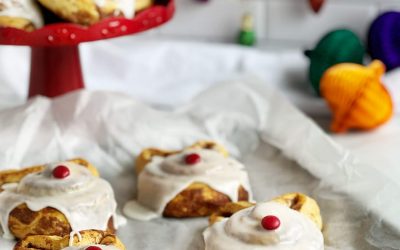 What better addition to your North Pole Breakfast than these Rudolph cinnamon rolls? With just 2 ingredients they’re as easy as jingle bells! 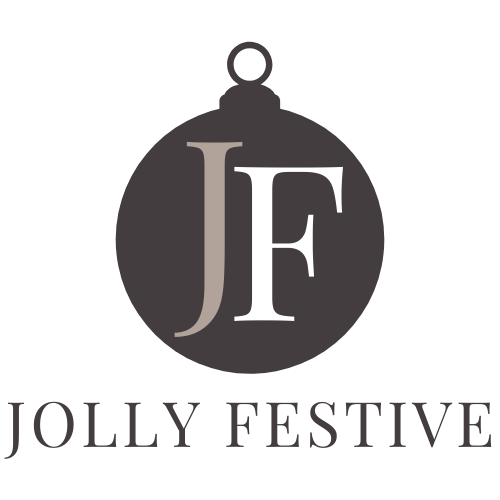