If you, like us, were brought up on Bing Crosby’s dream of a White Christmas, you’ll love Snow Windows! Whilst the British weather seldom comes good these days on the chocolate box promise of traditional wintry Christmas scenes, we’ve found a way for you to enjoy a snowy vista from your window every day of the festive season.

With Snow Windows’ stencils and a can of snow spray, this fun family activity can create a beautiful backdrop to your Christmas celebrations. Or, why not go all out and have your very own mural of snow created by The Snow Man himself! (You’ll be in great company given the scores of famous names and venues he has given a festive flurry.)

Hannah, one of the Jolly Festive elves, tells us more…

A friend showed me a photo of their friend’s window. Apparently there was a local gent who had an amazing talent with a can of snow spray and could give your window a festive makeover. Surely he’d used a stencil? No, it was all done free hand. Didn’t it just come off after a few minutes? No, it would stay there until you were ready to wash it off. Could he really do a design on any window? Yes! By 4pm, I’d booked!

Tom (aka The Snow Man) made his first snow creation, back in 2007, as a gift for his wife Keri (awww). He produced a picture of a little cottage on their window with some canned snow spray. Friends and family were captivated by it. Over the subsequent eight years, it became a Christmas tradition to see what scene Tom had captured on the window.

After a stint living in Australia, Tom and Keri, now with their two children, moved back to the UK in 2015, and decided to see if there was a market for Tom’s snow scenes in the local area. And, oh boy, was there!

With Keri taking charge of the business side of things, and Tom continuing to hone his skills and develop new ways to share his artistic creations, word spread fast, and far. Snow Windows now enjoys international acclaim, and enthusiastic applause from many in the public eye. We’re not surprised in the slightest, and feel really rather lucky that we got to know Snow Windows before the secret was truly out!

I caught up with Keri and Tom for a chat, just before they disappear headfirst into the world of snow creations for another season.

The Magic of Snow Windows

This is the kind of art that stops everyone in their tracks, and brings a smile to all. It has that Banksy-esque intrigue to it, whilst being so full of nostalgia and festive cheer that it’s impossible not to reach for the mulled wine and mince pies right then and there.

There’s something about the transitory nature of the snow scenes that gives them an almost magical quality. Viewed through the changing colours of the winter sky, the scene seems to evolve over the course of the day, with the characters portrayed within somehow becoming additional guests at your own festivities. And when, in the New Year, the vista gives way to the new life of spring and is cleared aside, it remains as the backdrop to sweet memories of Christmasses past.

Everyone stops to photograph the scenes. And I mean everyone! On streets where Tom has decorated windows, shopkeepers have to remind mesmerised customers to come inside. And in homes with a Snow Windows creation, all visitors from the postie to the supermarket delivery driver stop a minute or two longer to admire the view. We still now give directions to parcel drivers as, ‘you know, the house with the Snow Window’, ‘oh yes, I remember’.

The Artist at Work

Watching Tom at work is a treat in itself. With the simplest of tools and calmest of natures, Tom disappears into his own creative bubble where he seems to ‘become at one’ with his design. He’s even managed to produce a snow scene for DJ Chris Moyles’s studio, whilst Chris was live on air!

Of course, recreating his most popular elements is now second nature – the village scene, the dry-stone arched bridge and of course the magical sleigh in the sky – but it’s impossible to deny the skillful artistry in Tom’s designs. He can turn his hand to just about anything.

As each piece is truly a one-off, there’s a delightful freedom in choice of design, as well as that implicit playfulness that comes hand-in-hand with the festive season. Tom’s talents follow, seemingly without issue. Want a killer whale in a lake and penguins in the snow for your animal-loving children? No problem. Need an Volkswagen outside a snowy Houses of Parliament? You’ve got it. Want The Polar Express to arrive at your bi-fold doors? Why not!

Tom is one of the most humble, down-to-earth gents you’ll ever have the pleasure of meeting. Despite being six weeks into a killer schedule of window spraying in 2018, he still took time out to show our sons how to add their own trees to the forest he’d created, just like he’d done with Kirsty Allsopp the previous week on Handmade Christmas. ‘I must be careful not to get too carried away though’, he said, ‘I’m due at Jamie Oliver’s in a couple of hours.’

Keri laughs as she schedules the next year’s return visit, ‘We’ll aim for 2pm, but you know that’s 2pm Tom Time.’

Whilst Keri & Tom may have celebrities’ phone numbers in their contact lists these days, and have done window designs for companies from Harvey Nichols to Audi and Gaggenau, Snow Windows is still first and foremost a family-run business.

And, with only one artist, and news of the designs spreading at pace, they quickly realised the need to think creatively of more ways in which the company could help people enjoy their own festive window displays. And so, in 2018, they launched their own line of Snow Windows stencils.

Keri was emphatic that these be stencils that worked, ‘not like those volcano science kits you buy that give a lacklustre bubble or two if you’re lucky, and leave you with disappointed children and a pile of mess’. Tom & Keri’s children were set to work, putting the reusable stencils through their paces, and gave them their seal of approval.

And we can concur, they are extremely easy to use and, whilst admittedly not as fabulous as Tom’s original creations, have the added bonus of huge personal satisfaction at your own achievements.

They make a fabulous Christmas family activity, and will add some festive flair to your windows that is guaranteed to impress the neighbours. And, with a new series of designs released each year, you’ll be living in a winter wonderland in no time!

And this year, for every set of stencils purchased, Snow Windows will donate £1 to family charity HomeStart UK so there’s never been a better time to get spraying your windows!

More recently Snow Windows have added stickers (or window decals as they are known in the business) to their range. This includes some new rainbow designs for 2020, in recognition of the hope and togetherness we’ve experienced during this tricky year. With the reduction in indoor-visiting permitted this year, and subsequent increased focus on front of home displays, these cheerful stickers will no doubt prove very popular.

A Passion for Snow

We have no idea how the family manage to keep going each Christmas season, juggling home life with the constant demands for these snowy creations. Whilst the business continues to grow at speed, Keri still finds time to write messages to stencil and sticker customers by hand, and Tom answers the phone when you call to enquire.

Whatever kind of Christmas magic Snow Windows harness to maintain their energy levels and festive passion (Keri did mention something about gin…!), we can’t wait to see where they go next on their snow-filled journey.

Click here for more information about Snow Windows, to get a quote for a snow scene of your own, or to buy stencils and stickers.

Check out our other ideas for festive fun with the family, and find more ways to enjoy decorating your home this Christmas season. 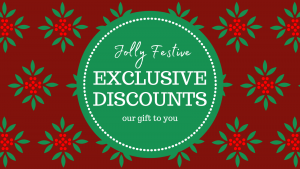 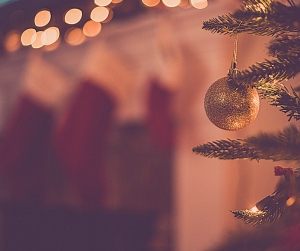 Jolly Festive is a free online magazine, full of Christmas Spirit, ideas and inspiration to share with festive friends across the UK.

Need Help With Your Christmas Planning?

Any cookies that may not be particularly necessary for the website to function and is used specifically to collect user personal data via analytics, ads, other embedded contents are termed as non-necessary cookies. It is mandatory to procure user consent prior to running these cookies on your website.